The New Design Podcast: “Say You Want Me” Songwriting 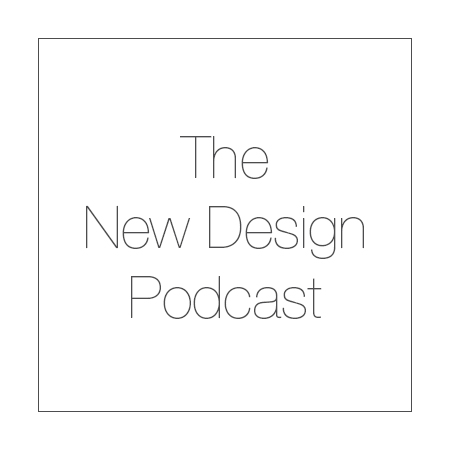 On this week’s episode our guitarist Joe talks about the songwriting process for “Say You Want Me”.  We would like to thank Stuart Attard for the track featured in the beginning and end of the video.

“Say You Want Me” is the first song that we recorded and released following our album Far From Home, which I think is a big deal because Far From Home was years worth of songwriting. From about 2012, following the “Burn Out the Sky” EP, all the way up to Far From Home’s release in 2015. It has songs from those different eras. Some newer, some older. Some were written a month before we recorded and others we had been playing for a while. The album was built around the song “The Things We Can’t Forget,” which we had released as a single, and we also had a couple other songs around that time as well. But “Say You Want Me” was interesting because we decided to explore different territory. With the album, we accomplished everything we wanted to do as a band in terms of sound. It was the album we wanted to make; we wanted to hear. When we did our EP “Burn Out the Sky,” there was a lot left to be discovered, and there was a lot that we felt we still had to show.

We felt like we captured what we wanted to with Far From Home so songwriting after it was difficult, and we didn’t song write for a while because we didn’t need to. We tried, but I just feel like ideas weren’t coming as frequently or as naturally, and this was one of the first ideas we decided to build upon and turn into a full-fledged song. Usually, if something isn’t going right, we would just drop it or maybe come back to it later.

I remember coming up with the guitar part at work one day. And the way I know I like a guitar part is if I play it a ton of times. Just repeat it, no matter how simple it is. That just shows that I like it, and it’s good. The guitar part I came up with was this chord progression with a repeated pattern under it. And this part was actually hard for me to play because I hybrid pick, and it makes it sound like there’s two guitars at once. Then there’s that bass line on top. So I thought that was cool, and I brought it to the band one day. I don’t remember the day I brought it to the band, but Mel’s gonna tell you a story about how her and Jeff jammed this beautiful song in a recording space in Seattle. That’s where the “I’m yours, say you want me” melody came through, which is really catchy.

Jeff and I went to Seattle for The International 2015, a Dota 2 event. And on the final day, we went to the EMP museum, I believe it’s now known as the Museum of Pop Culture. It basically had everything you could ever want, fantasy, sci fi, music, video games. After exploring the exhibit, there was a whole floor of music studios. I remember me, Jeff, and my Dota friend David, were in a jam space. David had brought us this progression that went F to A. So I had to dig a really long time to find this gem, and basically, when we finished they gave us this download card. So this is the first time we ever played this song, and David plays this progression. I just came up with this melody so I tell Jeff, and on top of that, Jeff does these harmonies. Then you hear me come in with the keys, Jeff on the drums, and our timing is everywhere. I introduce this alternate melody that we never used, but we didn’t use Jeff’s harmonies either. Then I do this little key solo, and we run out of time. I came back and showed the band. I remember Joe really liked it. He tried putting the melody over so many different progressions, but it just didn’t work. Then I remember one day he came to practice with two different ones and he’s like, let’s try it here.

The chord progression Mel had was F to A, which in music theory terms is similar to the progression I made for the chorus of “Say You Want Me” that went A, C sharp, E. A to C sharp is the equivalent of F to A just in a different key. The A chord functions the same as the F chord, and C sharp functions in the same way as the A, so I thought, this melody would work on top. And the extra chord I change to, the E, still kinda functions in the same way so it doesn’t change the overall feel too much.

We decided to put the melody on top, and I think everyone dug it. It felt pretty good. It kinda weirdly went with the guitar part in a way where I feel like the guitar part is this repeating, trance-like, you get lost in it part, and the melody also has that feel because it repeats a lot, a lot, a lot. So it was kinda meant to be you can say.

So we had this melody. We had this guitar part, but we were still playing around stylistically with the song. That’s one of the ways this song is very different from our old songs. A lot of the songs on the album start soft and build into this heavy distorted part, which is what we did with a lot of songs on the album, and I wanted to not do that. So we were thinking of different ways we can play around with it, and I remember even Jeff wanting to do heavy choruses and clean verses. I swear when we jammed it this way it was soon after seeing Weezer at Riot fest, and I think subconsciously Jeff was influenced because that’s a very Weezer thing to do: the clean verse into the heavy chorus. And I was like no, I don’t want to do that. I want to do a clean song. I don’t even want to go heavy. I wanted my part to be as repetitive as possible. Even when the verse and chorus change, my part has the same underlying melody, but it’s just different chords. So we decided to go with that.

And there was another thing that bothered me that not that many people would probably even notice, but I kinda secretly analyze the chord progressions to all of our songs. So a lot of our songs revolve around the same chords. A lot of our songs start on the IV chord and then switch to the ii chord. This song does the opposite. It starts on the ii chord, the F sharp minor, then it switches to the IV chord for the chorus, which is the A. It is very similar to a pop song that goes from the vi chord to the I chord. For example, in “There’s No Safe Place”, it goes IV vi iii IV during the verse, and then it goes to the pre-chorus, which starts on the ii chord. So it goes from a IV chord progression to a ii chord progression in terms of function. And “So Long” does the same thing. I go between these two chords a lot so I wanted to add a part that was completely different, and that’s how the after-chorus part came in. I thought this was cool because we never used a progression like that, and it was an after-chorus thing which we also didn’t do so I was like, I’m in. This is different. I like it already. It kinda just gives it a different feel.

A lot of our songs are in the same key too. Five songs on the album are in the key of E Major, although we are tuned half step down so it’s the key of E flat major. And this song is in that key as well. So it’s a little different in that it goes from ii to IV instead of IV to ii, and there’s that other progression where Mel carries the bass line, which I was saying is interesting because it kinda breaks it up a little bit.

The other thing is that we wanted to make the song evolve without adding distortion because that was our thing: explode, get heavy, and then just go nuts. So we layered it a lot with vocals at the last chorus. The melody repeats over and over, you have the gang vocals, Zack’s idea to layer the vocals from the second verse was probably the best thing, I love it so much. it may be my favourite part of the song. The other thing I did personally to make my part sound bigger is that I have this octave delay effect, and I change the way my part is played. Instead of doing the trance thing, I add more notes. So it has this rising melody, and on top of that, the effect makes it repeat in octaves, and it sounds like two guitars. So it has these octave layers, and then we added things like xylophone on top.

So we decided to use this song for a grant we were applying to, but we only had the instrumental and chorus lyrics and melodies done. On the day of recording, Jeff shows up with these brand new melodies and lyrics that fit with the song perfectly, and we learn them on the spot.

So the demo was recorded in my basement by my friend Matt Bonnici, former Stockholm Siesta, now he has a new band called Blem. And we tracked the parts separately. It has this kinda cooler, low-fi, slower vibe to it. The song always reminded me of a mix between early Brand New, Death Cab for Cutie, and maybe Turnover. This recording gave me more of that early Brand New vibe. We didn’t get the grant with it, but that’s okay. Then we decided to rerecord it with Mike Evola with the intention of releasing it, but also applying for the grant, and the song kinda elevated from there. I feel like in terms of overall production, and we made a lot of cool subtle changes to it with hold-out, ring-out parts, and just the way we we enter and re-enter, and Mel’s bass lines. I think she added stuff that wasn’t in the demo version. And the vocal production was a lot better. And it really turned out to be this catchy, sad, pop song. That’s how I always look at it as. It’s probably one of our poppiest songs. But we all still really like it, and listen to it a lot. It also just made sense to release it as a single.

Does our new stuff sound like it? Kind of. I describe our new stuff as a cross between the single and the album. Anyways, I thought it was just an interesting song because it helped break us out of our songwriting slump, and I just hope people like the song. It just shows a different side of us. As I said earlier, we just knew that that melody, that line, really just fit with the guitar part that I wrote although Mel had totally intended for something else.

0 Comments on "The New Design Podcast: “Say You Want Me” Songwriting"